Understanding your addiction is the key to your recovery

Addiction is explained as a brain disorder. It is a chronic, relapsing disorder which is created by compulsive drug use despite adverse consequences. There are functional changes to the brain circuits involving self-control, stress and reward. These changes may last a long time after a person has stopped taking drugs. 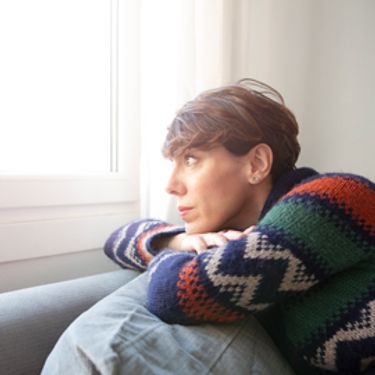 The brain is extremely complex and drugs can impact the brain in many ways.

Neurons send, receive and process signals in the brain through neurotransmitters. Drugs interfere with these communications. For example, drugs like heroin can activate neurons due to their unique chemical structure which mimics that of the natural neurotransmitter in the body. Although it mimics the brain's own chemicals they don’t work in the same way. They lead to abnormal messages being sent.

Drugs such as cocaine may prevent the normal recycling of brain chemicals through interference with transporters or releasing large amounts of natural neurotransmitters. These disrupt normal communication.

Long term drug use can damage the functionality of the brain.

Drugs do produce a feeling of pleasure. This is commonly known as the ‘high’ from drugs. It is often misunderstood but it involves surges of chemical signalling compounds. These include natural opioids (endorphins) and other neurotransmitters in the reward circuit.

The feeling of pleasure is identified by the healthy brain in pleasurable activities, such as eating, sex and socialising. Whenever the reward circuit is activated by a healthy pleasure, a surge of dopamine signals are released for the brain to remember that pleasure was important and for it to be repeated. This is the basic understanding of how habits are formed.

When looking at drugs they provide a more intense euphoria and produce much larger bursts of dopamine. This establishes the connection between the consumption of the drug, the pleasure and all external factors linked to gaining that euphoria.

Ultimately, this experience will stick in the brain. Your brain will be constantly looking for those drugs at the expense of other goals or activities. This can cause triggers for individuals. For example, a certain environment where someone used to use drugs may trigger them to experience cravings. The brain remembers all these small details.

This is a basic understanding of what the brain does when someone takes drugs.

There is no defining factor which determines whether someone will be addicted to drugs or not. As with other diseases the chances of developing an addiction differs from person to person.

Some research highlights that the more risks a person is willing to take may result in a higher chance of them taking drugs and leading onto addiction.

There are protective factors which can be biological or environmental and may reduce a person’s risk. For example:

The biological factors which can have an effect on someone’s risk of addiction include ethnicity, genes, stage of development and even gender. Mental health is also a big factor when identifying someone’s risk of drug use and addiction.

Environmental factors are things such as school, family and neighbourhood. During childhood the home environment plays a big role in how a person is shaped. If a child’s parents use drugs or misuse alcohol this can increase the chance of them having addiction problems in the future.

Friends and the school environment have a very strong influence during teen years. One teen can influence others to try drugs for the first time even if they don’t have any risk factors. If a person has poor social skills or may be struggling in school it can put them at higher risk.

The age at which someone starts taking drugs may also play a factor in the likelihood of them developing an addiction. The way in which the drug is taken can be a factor. For example, if a drug is smoked or injected into a vein it may increase the addictive potential.

Drug addiction cannot be cured as such. It can, however, be treated. Someone with an addiction does not have to deal with the addiction pain and challenges or experience a constant battle of relapse. The disease can be managed, although requiring a lifetime of hard work in order to stay clean.

It is vital for the individual suffering with the addiction to have a solid support network to enable a solid recovery. The end goal being that the person is able to manage the disease to a point where it is consistent. The work put in will be integrated into the individual and eventually will be a normal part of their day-to-day life.

There are several different ways that an individual suffering with addiction can take to improve their chances of managing the disease successfully:

Addiction is a mental illness. Despite popular belief that people choose addiction and that this is a reflection of moral failure or weak character. Addiction is a disease which should be viewed in the same way as other chronic diseases such as diabetes.

This disease affects both the physical body and the emotional body. It can be easy for people to want to blame the individual for their behaviour as it is often deceitful and irresponsible. Stealing, lying, cheating and emotional outbursts are all common behaviours of someone who is dealing with an addiction.

The individual is usually not proud of their behaviour but isn’t able to help themselves due to the disease. Many people struggle to understand addiction as a mental illness and start to believe myths such as ‘bad people are undeserving.’ This, again strengthens the idea that people choose to be addicted based on lack of will power or weakness. Science proves that these ideas are wrong and that there are many factors which play a role in the reason why some people develop addictions. Some of these were mentioned above such as environmental factors that occur in early childhood.

We are committed to promoting recovery and want to help you or your loved one heal. The only way this will be possible is by understanding that addiction isn’t anyone’s fault. We also need to alter the way in which we view substance use and addiction.

There is evidence which suggests that individuals struggling with other mental health issues also struggle with drug and alcohol addiction. For example, someone struggling with anxiety, depression or trauma can develop substance use disorders. This can be known as dual diagnosis.

Below are some common mental health disorders which have been known to co-occur with addiction:

Understanding your addiction is so important to your recovery success because it allows you to understand it isn’t your fault. Educating you on the reason why you might behave in a certain way opens your mind and can enable you to see the bigger picture. It highlights factors which may be present in your life. By doing this it means that you can focus on these factors when doing therapy and you will be on your road to recovery.

We will help you to understand your addiction by talking you through the brain's process and reaction to drug and alcohol use. Offering you continued support throughout. Our specialist staff will be able to answer any questions you may have. Through educating you and your loved ones we can help you be successful in your recovery journey. 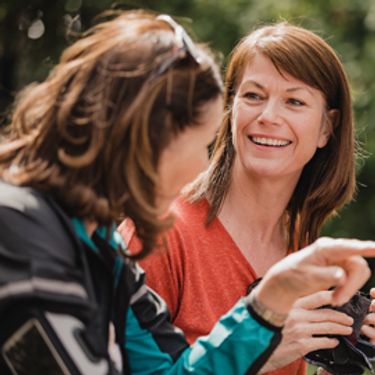