talk to us today

When taken, Subutex produces a partial opioid response, and mimics how drugs such as Heroin or painkillers might make a person feel. The effects however are less intense. A user may feel mild euphoric sensations, less sensation, and an ability to feel pain, a slower breathing rate, and a state of relaxation. If Subutex is mixed with other opioids or depressant drugs, it can cause the body to slow down so much that a person risks cardiovascular collapse, respiratory failure, and even death.

When compared with other opioids, the long-term effects of using Subutex are relatively mild. That said, if the drug is taken within 6 hours of taking another opiate drug (such as Heroin), very uncomfortable withdrawal symptoms will be felt. If an individual has been prescribed Subutex for an opiate addiction and stops taking it but returns to opiates instead, their body may become hypersensitive to the opiates, increasing the chances of death via an overdose.

Subutex gives an abuser a euphoric high and a mild sense of calming relaxation. If a person starts to abuse Subutex and they do not have a background of opiate addiction, the Subutex on its own may be enough for them to experience a major high. Some opiate addicts may sell Subutex for other, stronger drugs.

Signs of Subutex addiction include:

talk to us today

As Subutex is so addictive, a user can experience uncomfortable withdrawal symptoms when Subutex isn’t frequently taken.

If you believe a relative or friend may have an addiction to Subutex, it can be a worrying time and you may wonder how you can help them.

Firstly, it is important not to judge them or approach them in a confrontational manner about their addiction. Show that you are concerned for their welfare and safety, and try to educate yourself as much as possible about their drug addiction. Try to understand their situation and exercise empathy, even when you receive hostility, anger or denial from them. If possible, try to talk to the addict when they are trying to quit Subutex, as you will be able to encourage them to stop using. If the addict responds in a positive manner, you may able to constructively suggest that they try counselling or admit themselves to rehab.

If an addict will not seek help on their own terms, another possible option is to stage an intervention. This often takes place with the help and advice of medical professionals and/or an interventionist or rehabilitation facility. An intervention is a rehearsed confrontation that takes place between the addict and their loved ones. It gives the family an opportunity to tell the addict how they feel and how the addiction is destroying the user’s life. 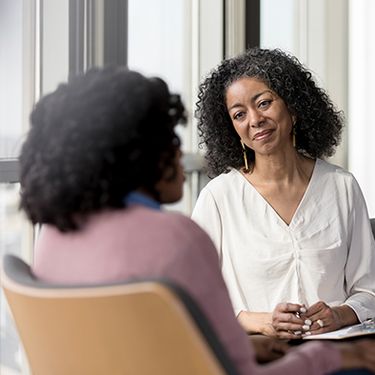