Alcohol Awareness Week: Are you being sober-shamed?

So, what is sober shaming? You might have heard the term popping up on social media recently but unsure of what it is. This is because it often goes unnoticed and people may not be aware of it. Sober shaming is when someone makes someone feel uncomfortable about not drinking.

People often make others feel like they are being boring or that their decision not to drink is wrong. Sometimes people may not realise that they are ‘sober shaming’, they might think they are just having a joke. However, this can be really upsetting and damaging to some people, especially those people who may have struggled with their relationship with alcohol in the past.

The British drinking culture is very prominent and many people view drinking as a normal thing and that not drinking is ‘weird’ or not normal. Some things you might hear which can be classed as sober shaming are listed below:

You’ve probably heard people say these things when you’ve been out. For some, they might not mean anything but these phrases can lead to people relapsing. The pressure of having a drink can push someone into breaking their sobriety.

Sober shaming could happen at any point in day-to-day life. However, there are some environments where this might be more prominent or noticeable.

The best thing to do if you are in these environments is to check the venue and have a look at if they offer alcohol-free drinks. It may also be a good idea if you go with someone who is supportive of your sobriety or are sober themselves.

If you are in recovery sober shaming could happen to you. The people you surround yourself with everyday probably drink regularly. For example, friends and family members. When trying to stay sober many people try to distance themselves from people who drink. However, that isn’t always possible or realistic. The temptation will be there. Some of these people may not support your recovery journey and therefore start to sober shame you. It is important to make sure you surround yourself with people who want to help and support you on recovery journey. If you can, try to limit time with negative people.

Sober shaming doesn’t necessarily just come from family and friends, it can be from strangers too. It could be at the bar of a pub. You might order a non-alcoholic beer and get a funny look or a snidey comment made. This can make you feel trapped and you might feel like everyone in the room is looking at you. You just need to remember that it isn’t true and don’t take the look or comment personally. Everyone has something going on in their life and you need to remember why you are on your recovery journey.

Sober shaming can work. Vulnerable people are easy targets. When you feel a certain way, for example, humiliated or upset the feeling of shame has taken over. This type of psychological shaming has a massive impact of your mental health. Often when an individual starts to feel ashamed it can trigger more negative feelings. For example, feeling embarrassed, unappreciated or rejected. Some other ‘typical’ feelings are listed below:

Taking into consideration the power that shaming can have on a person highlights why it is so important to talk about. If someone struggling is internalising all these feelings and emotions it can take a toll on their mental health and may push them to have a drink.

There is evidence which suggests that for someone who is newly sober, shaming can be very triggering as it activates a powerful protective response in the brain. This could mean that it might be easier for you to give into the shame and break your sobriety. Recovery is a life-long journey and over time you will be able to build up responses to being shamed.

Rehabilitation along with the treatments and therapies on offer provide you with the skills to fight back. Throughout your treatment journey you will have built a support network, these are all people that you can speak to if you feel vulnerable to sober shaming. Support groups such as Alcoholics Anonymous (AA) are all great support networks to help you if you might be struggling.

If you are feeling overwhelmed, please reach out to these support networks and sponsors. These are great tools to help you combat your urges and to help you to maintain your sobriety.

Treatment creates a routine for you to live with. By practising this every day you can be the best version of yourself. Sobriety is nothing to be ashamed of, although it can be at times challenging and painful. It is important to remember why you are doing it and that other people don’t determine your happiness. 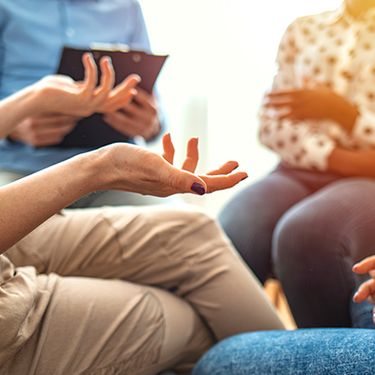 Being supportive when out with friends or family who are in recovery and staying sober can help a lot. There are small steps you can take to make them feel more comfortable.

For example, if you hear someone sober shaming them or pressuring someone to drink, maybe step in and politely ask them to give some space. Just checking in on your friend if you hear anything being said which may trigger them. You could also join in by not drinking at that event as well.

It is also important that you should be aware of your own comments. You might not realise that you could have been sober shaming in the past.

Sober shaming is something which people are now starting to address. If you are recovering from an alcohol addiction or you just want to live a sober life, you shouldn’t feel ashamed into breaking sobriety. Sober shaming needs to stop but there will almost always be occasions where it may happen. Just remember why you are choosing to be sober and that isn’t determined by someone who doesn’t have your best interests at heart.

#StopSoberShaming If you or a loved one are struggling with Alcohol, please do not hesitate to contact our specialist team. They are here to answer any questions or concerns. We are here to help you.